We recently posted on our social media about Sixty Million Trebles.

This is a project from a team of UK ladies who want to create crochet blankets representing the 60 million displaced persons and refugees around the world and hopefully be able to beat the current Guinness World Record for the biggest blanket which was set in India last year.

To achieve this the blanket must contain 60 million treble stitches – that’s around 13,000 squares measuring 36 inches square. Once the record attempt is over, next summer, the blanket will be taken apart to create life sized blankets for UK charities and Hand in Hand for Syria. You can find out more about the project here. 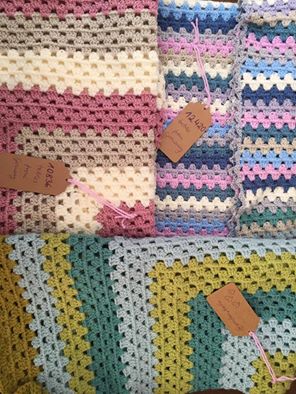 Some of the Sixty Million Trebles squares

As well as feeling inspired to do some crochet, the UK Hand Knitting team has been taking a look at some of the other crochet and knitting records people might want to tackle.

Longest scarf – Helge Johansen  (below) of Oslo has spent 30 years working on his scarf which measured 4,565.46m 12 November 2013. He keeps the scarf in roll because wearing it could be somewhat challenging. What we don’t know is if Helge’s scarf will be a good match for the largest knitted hat made by achieved by Industrias Textiles de Sudamerica (Peru). It is 20.2m  in circumference  and 17.34m.

You might think you are a quick knitter but the world record for the most stitches knitted in one minute is held by Miriam Tegels of The Netherlands who hand knitted 118 stitches in 60 seconds. Tell us below how close you can get to that record.

On the other hand you might be tempted to challenge the record for Fastest Time To Cast On 15 Stitches While Dressed As A French Girl  – it is currently held by Lu Sommer who took 18.95 seconds.

The world’s fastest crocheter is Lisa Gentry. She managed 5, 113 treble sts in 30 minutes which works out at 170 trebles per minute.

The most people knitting simultaneously . How big is your knitting group? It will take a few groups to challenge the WI’s record of 3, 083 people knitting in a single location. However, the equivalent record for crochet might be one you fancy tackling. That stands at 485 and was achieved by American University of Nigeria (Nigeria) in Yola, Nigeria, on 24 April 2015.

One of the most fun records is that for largest knitted sculpture a 61m pink knitted rabbit placed by The Gelatin Collective of Austria on the side of a mountain in Piedmont, northern Italy using 1,000kg (2,200 lb) of wool. It took more than a year to make. 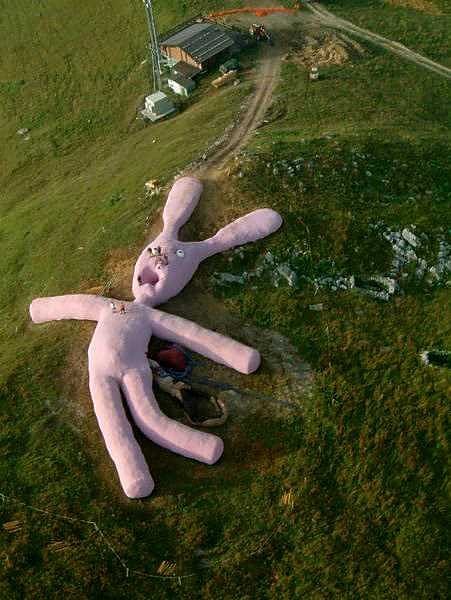