Have you ever taken part in a knit or crochet along?

We’re big fans here and think they are a great example of how online technology can be used to good effect for crafters.

In a knitalong (KAL) (please mentally insert crochet if that is your preferred yarn craft), a group of people will generally make the same pattern at the same time. In general, there will be an official cast on time and some people will be poised with their needles right on cue, but you usually find other people joining in over time.

Some KALs will involve a pattern that is completely available at the start so people know exactly what they are signing up for. In some the pattern will be released in stages, but a picture of the finished item will be available from the start when the KAL is announced or it could be a mystery KAL where the pattern is released in stages and you have no idea what your final item will look like. 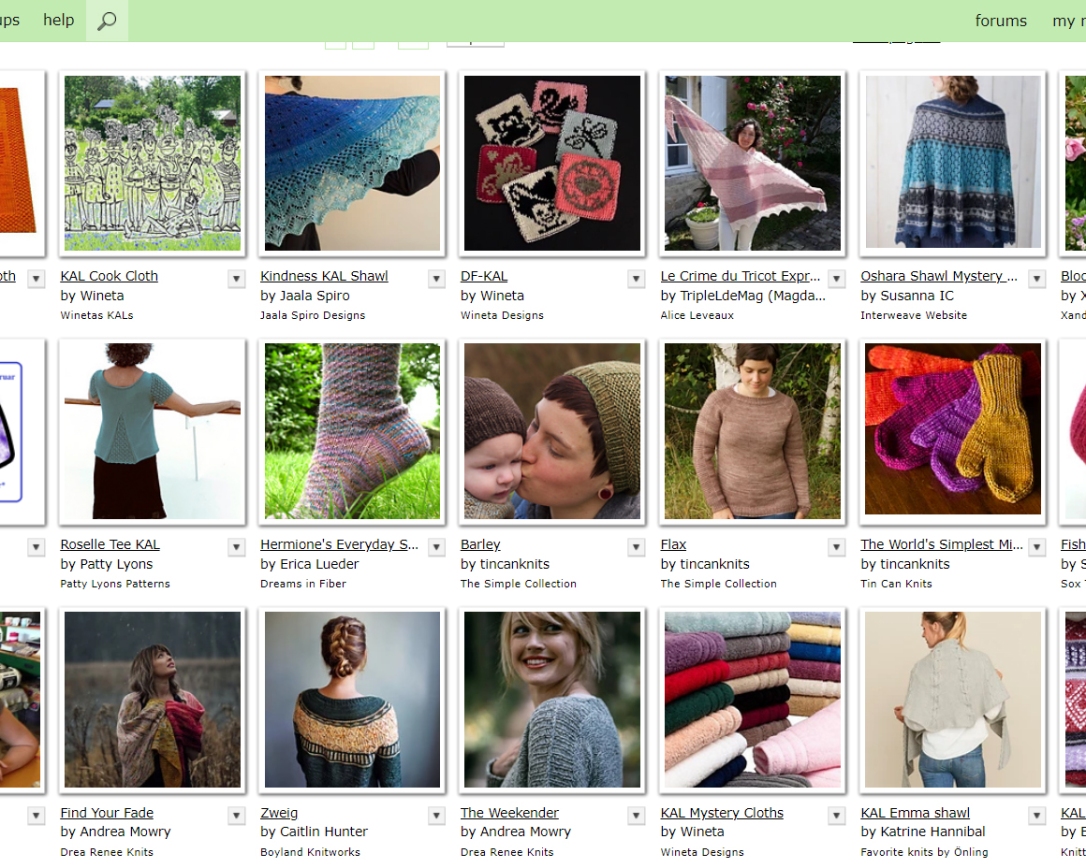 You can find lots of KAL links on Ravelry.com or on designers’ blogs

There will be an online group to support the KAL – usually on Ravelry or Facebook – where participants can post progress pictures, ask questions and share tips. The groups are what make KALs special. They are where you can encourage others or get encouragement yourself. Where you can be inspired by other people’s progress and if you get stuck or make a mistake, it is a place to share your frustration and get help. It is a real community feel, with crafters giving each other support and sometimes even little pep talks.

Beware of yarn envy, though. This is when you think you have picked the perfect colourway and then you see someone else’s progress photo and wish you had gone for that instead. It is not unknown for some knitters to make the KAL pattern a second time, having seen an even more perfect yarn in the KAL group.

A lot of KALs are run by designers or have input from them. This means you can get help directly from the horse’s mouth. Designers who have run KALs say they can be a lot of fun to do and that they learn from the feedback they get from the knitters taking part. They also point to the community aspect of KALs and how the faster knitters will often take the time to pass on what they learned to others who are still working on a section.

With all this support, a KAL can be a good way to try a technique or a project you think might be a challenge if you were to tackle it on your own.

Look out for mentions of KALs and CALs in your favourite craft magazines, on blogs and websites as well as social media, including posts from your favourite designers and yarn companies.

And if you can’t find a KAL or CAL online right now, why not do your own version with a knitting group or some crafty friends.